What foods are those that produce migraine?

Migraine-producing foods are mainly those that increase histamine. For a long time, migraine was considered a disorder of unknown origin and with little success of treatment. However, in recent years, scientific studies have shown that migraine is related to more than 80% of people suffering from DAO deficit.

For this reason, the dietary treatment of migraine is now very important and is already being implemented in many hospitals. 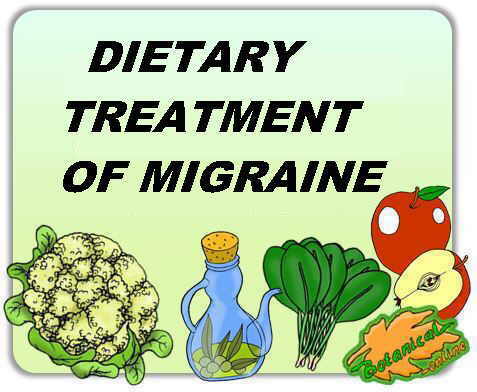 Dietary treatment of migraine. A diet is recommended to decrease histamine levels.

What is the DAO deficit and how does it relate to migraine and histamine?

The DAO enzyme is in our intestines and is responsible for eliminating the histamine contained in food (although not all foods have histamine). As it can not be eliminated, histamine accumulates and produces migraine.

A characteristic of migraine due to the DAO deficit is that it is usually associated with other conditions such as gastrointestinal, inflammatory and dermatological disorders.

Why is there a DAO deficit?

It is not true that people with DAO deficiency lack this enzyme, but have it, but, for different possible causes, it has very low activity. Most medications and some substances such as alcohol, decrease the activity of the DAO enzyme producing histamine accumulation and migraine attacks.

What foods should not be consumed in case of DAO deficiency?

The dietary prohibitions on DAO deficiency are based on:

Foods that cause migraine

To summarize, the migraine-causing foods are the following:

The foods prohibited for migraine are detailed in depth in the following list.

How much histamine does alcohol have?

Alcoholic beverages contain histamine, but very little. The reason why they are discouraged is because it inactivates the DAO enzyme, causing it not to act and therefore accumulate histamine.