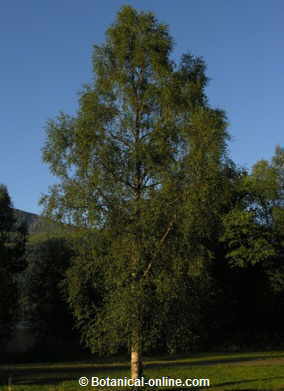 Scientific name: The name Betula comes from the Celtic word betu, meaning “birch” and “alba” is white in Latin, a name given by the white color of the crust. The three species of birch have similar properties: 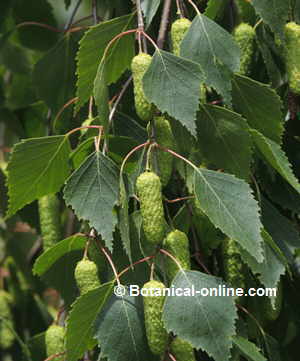 Deciduous tree or shrub up to 25 m. tall with hanging branches.

Erect trunks of white or gray bark with reddish tones in young specimens.

Ovoid leaves, up to 6 cm, serrated.

Flowers gathered in catkins, the masculine erected in youth and hanging in maturity; the feminine erect.

Pendulous and cylindrical fruits up to 4 cm long that open when mature, ejecting their winged seeds.

Collecting and conservation: The bark and the sap in early spring. The leaves in late spring. The buds in early spring or late winter. Sun-dried bark, leaves and buds in the shade. Save cloth bags or paper bags in a dry and dark.

Internal use remedies with birch 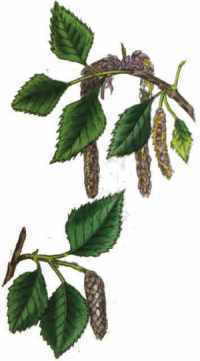 The birch is considered one of the best diuretics for its ability to stimulate the removal of liquids without being irritating to the kidneys and having little agressive effect on the mucosal of these organs.

They have also anti-rheumatic, hypouricemic, antihydropic and slimming properties that have been proven.

These properties have been attributed to the action of the saponins and flavonoids and has been used in the treatment of conditions such as:

The diuretic properties of birch with antibacterial properties that provides betulinic acid and betulin anti-inflammatory properties make it ideal for the treatment of diseases of the kidney or bile normal urinary conditions, such as:

Birch treatment of the diseases of the digestive system

The richness of this plant in tannins give it astringent properties, together with its choleretic properties, suitable for increasing the production of bile by the liver, making it ideal for the treatment of digestive abnormalities such as:

This treatment can be very interesting to reduce pain and inflammation after hepatic colic. In this case it is even more appropriate drinking birch sap if you can have it.

Birch for the natural treatment of respiratory diseases

Birch has antipyretic properties that can be used to reduce fever in respiratory diseases such as influenza, swine flue, colds, etc. (Decoction of a teaspoon of crumbled dried bark per cup of water. Take three cups a day)

External use remedies with birch 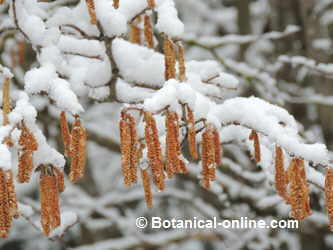 Photo of a birch in the snow. Their catkins, pendants and of brown color are distinguished.

Used externally, birch has soothing, antiseptic, healing, hair-tonifying and antiperspirant properties. This makes it an excellent ally in the treatment and cure of many skin abnormalities. Specifically, it is mainly used in conditions such as:

Morning lavage after getting up and one in the evening before going to bed) (In internal use, is very effective drinking birch sap obtained by incision on the bark during the month of March. The effective dose is located on a 100 cc daily) 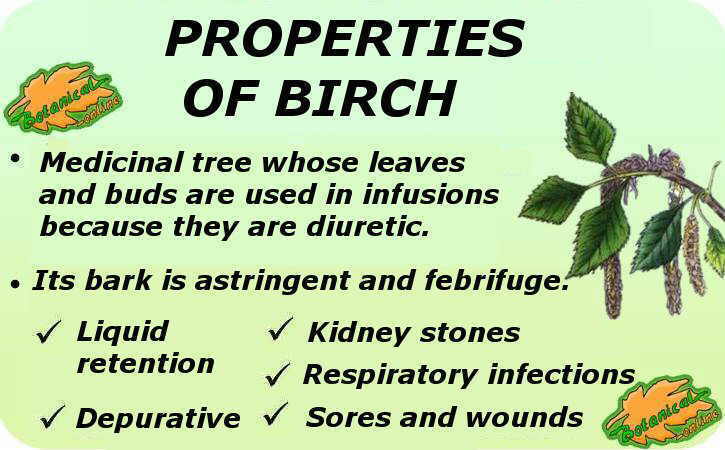 Summary of the medicinal properties of birch and its applications in phytotherapy.

* Related information : Toxicity of birch, contraindications of birch, side effects of birch