WHEN YOU SHOULD NOT TAKE CINNAMON

Cinnamon is a plant of the Lauraceae family, which is consumed in food as an aromatic spice.

Cinnamon is also used in herbal medicine for its digestive properties, protecting the stomach (it helps treat heartburn and gastritis) antibacterial, expectorant and anti-inflammatory.

For such medicinal purposes, the bark, which is marketed under the name ” sticks of cinnamon” is used.

There are many types of cinnamon, but the Ceylon cinnamon is the most valued in markets. It differs because of its spicy flavor, indicating its wealth in eugenol. This is the best remedy to treat bad breath and as a digestive spice.

What contraindications cinnamon has?

No toxic effects are known to cinnamon in food and a medicinal remedy under the established doses in healthy people. 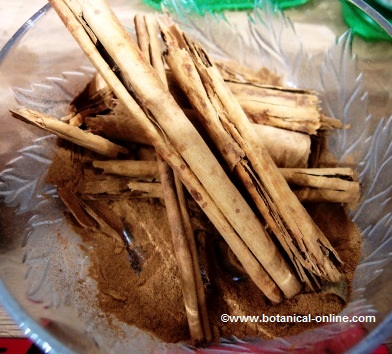 Cinnamon as a spice