Paris quadrifolia is a perennial herb of the Lily family – Liliaceae– up to 40 cm.

Every stem has at the top a whorl of usually 4 sessile leaves, till 12 cm.

The flower stands at the end of a long peduncle, having 4 exterior tepals, pale-greenish, and 4 interior ones very narrow and yellowish. 6-10 protruding stamens.

The fruit is a berry, black-bluish. 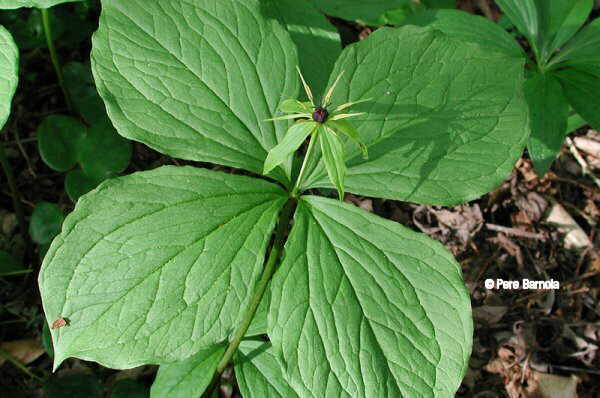 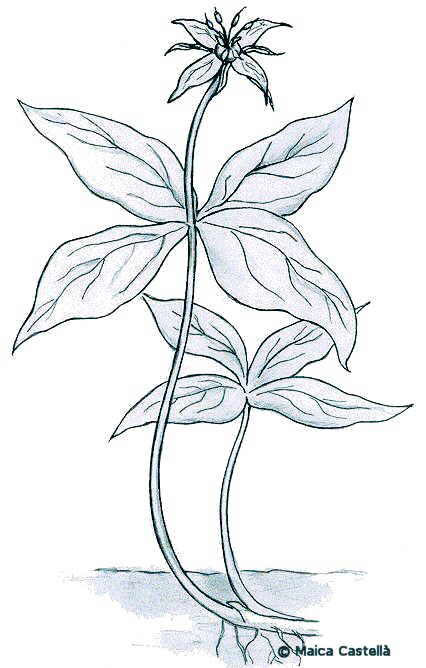 Herb Paris has been used as a cardiac sedative in cases of palpitations. As external vulnerary it has been applied in the treatment of wounds that wouldn’t usually heal with other medications, specially ulcerous wounds.

I is also used as component in preparations that are used to combat headaches, backache, fever, tremors, vertigo, excessive perspiration, pains in the chest, inflammations of the eyes, etc.

Given the toxicity of its components its use is dissuaded in home-made preparations!!!

Toxicity of Paris quadrifolia is hHigh. Especially in the ingestion of its fruits, although, fortunately, in most cases can be detected on time, given the slow absorption of the components.

On the other hand, the fact that they are very unpleasant to taste, makes that, the possible victim usually spits the content of the mouth quickly. It is mortal for the animals that ingest it, either mammals or fish.

Side effects of herb Paris

In minor intoxications, it presents the following symptoms:

Is herb Paris toxic to animals?

Paris quadrifolia is deadly for animals if they ingest it, no matter if they are mammals or fish.