Home › Food › Types of legumes
This article was endorsed by Elisenda Carballido - Dietitian nutritionist. Postgraduate in Phytotherapy and master in Nutrition and Metabolism.

TYPES OR CLASSES OF LEGUMES

Available on the market there are a large number of classes and varieties of legumes.

We have to choose those that best suit our tastes, trying to test new variants from time to time to dispose of all their possible wealth.

Open-air markets, in small cities or towns, are the ideal places to discover new possibilities.

Types of legumes according to irrigation

Depending on how legumes are cultivated, we divide them into three types: 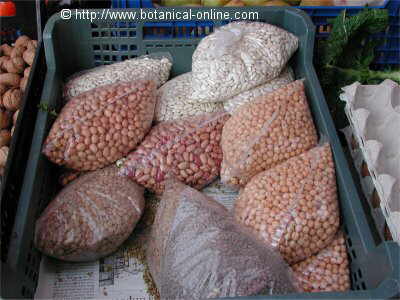 – Considering the different varieties, there are plenty of legumes worldwide. Among them, some deserve to be highlighted as the most important ones:

Other types of lentils

* By date of plantation:

* By their fruits texture:

* By the colour of their fruits

* By the cultivation method

* By the season they are planted

They may be early, late and demi-early

* By the shape of the pods

Depending on how they look like, they can be flat, flattened or cylindrical.

Among the main varieties we can mention the following:

There are many cultivars of soybeans classified into 10 groups taking into account the duration of its life cycle. Among all, we could mention the following:

How to cook legumes