What is rye mainly used for?

Rye is a cereal which is primarily used for making bread from rye flour (see its properties in the listing above). 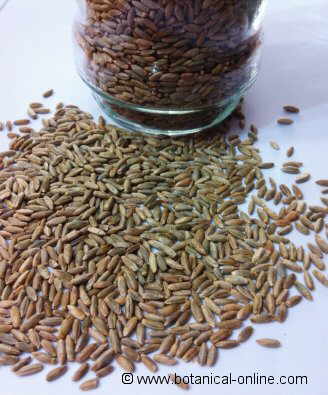 Rye in the diet

– Rye grain. Often the main obstacle when introducing a cereal in the diet is not knowing how to cook it. Here we leave the cooking instructions for rye grain.

– Flour for preparations. Rye flour contains pentosans, substances responsible for providing viscosity to the aqueous mass to which is added. Typically used in the preparation of meatballs, soups and puddings.

In other countries, such as Russia and Germany, or in the South Tyrol, there is a black bread obtained by mixing wheat flour and rye, and enriched with fennel and cumin.

In France, it is very common a kind of cake called pain d’epice or gingerbread (gingerbread).

– Alcoholic Beverages. In Russia there is a beer called kvass, made from maize,

In the United States, people use rye malt (sprouted and toasted rye) in the distillation of certain types of whiskey.

Rye is also used in the manufacture of some types of vodka.

– Coffee Substitute. From the roasted and ground rye grain you get a coffee substitute.

Where to buy rye?

Rye is an uncommon cereal in specific countries, but it is increasingly widespreading. Depending on the region and culinary tradition, it is more or less common in developed markets.

In the countries of northern and central Europe, rye is a very common cereal, so you can buy it in most supermarkets and the price is cheaper than in countries where consumption is not abundant.

We can buy rye in the following presentations:

– Whole / or ecological rye. Rye Flakes. When purchasing whole grains, note that they are whole and they do not have abnormal discoloration resulting from improper storage.

– Rye and / or ecological flour. Consumers should make sure the flour they buy has the characteristic a dark color of the rye flour.

– Rye and / or ecological bread. Like flour, rye bread shows a characteristic dark color. It is common to mix it with other seeds to make more rustic bread, richer in fiber and to boost its flavor.

– Other derivatives: cookies, biscuits, breakfast cereals,… These are NOT suitable for celiacs, like any product made with rye.

– Coffee substitute. It’s a mixture of several plants such as rye, or other cereals, and chicory. 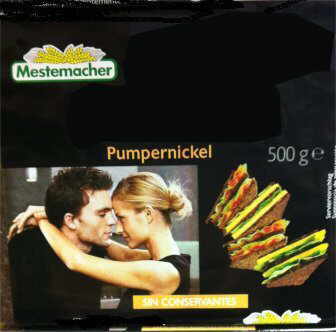 Pumpernickel bread is typical in Eastern European countries and in Scandinavia. It is made with rye.

How to preserve rye?

Rye kernel oil and rye flour has a very low water content, making it difficult the growth of bacteria in this food.

We should prevent this food to come into contact with humidity or dirtiness. Ideally, we should store the grain or flour in a sealed glass container to keep it away form insects and moisture.

Rye bread, unlike wheat bread and other breads, stays fresh for several days at room temperature. If frozen, you can keep up to one year.

What is the price of rye ?

– Rye grain price ranges from 2 to 2.40 € / kg, depending on whether it comes from organic or conventional farming.

– Rye bread: its price can range from 2 to 7.5 € / kg, depending on whether organic or not, and if it is mixed with wheat flour or it only contains rye flour.

Where can I buy rye?

Rye can be purchased at health food stores, markets, shopped in bulk, organic stores, online shops and some supermarkets with specialized dietary sections.