Pressed tea or tea brick is a type of tea originally from the province of Yunnan in southwest China. In China, pressed tea was even used as currency.

Pressed tea is consumed in Russia, Nepal (Tibet), Mongolia and parts of China. However, it is still less common in the West.

This is a red tea, made with remains of leaves, twigs, etc. of tea plant (Camellia sinensis) and aged for five years or more.

Pressed tea is rare in stores (only sometimes found in specialized tea stores ). 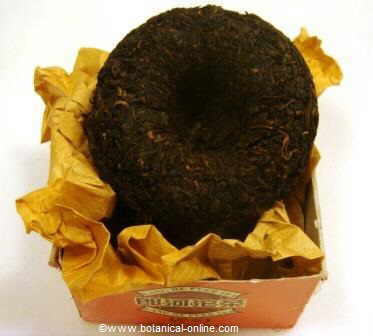 This tea is prepared very differently from the other types of teas. Its production process is not yet fully revealed: It is a green tea, which, after processing, it is pressed and enclosed in barrels where it is inoculated with certain types of bacteria.

These bacteria are responsible for green tea fermentation, giving reddish leaves. The fermentation process can last for months or. in some top quality red teas, for decades. 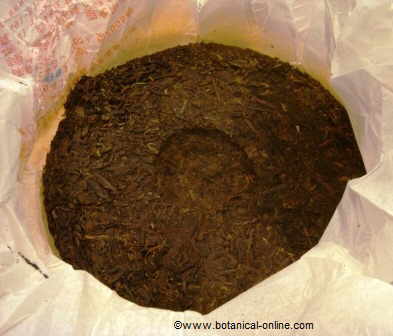 How to prepare pressed tea?

The infusion is bright red, and has strong flavor. It is very characteristic for its earthy flavor with hints of wood.

As with all Chinese teas, do not take with milk, nor with sugar. In some regions of Tibet it is taken in infusions made with butter.

– Crumble the pressed tea to use for infusion.