Why does kiwi itch in the mouth?

Kiwi is very rich in vitamin C and vitamin K

Kiwi stands out for its high content of vitamin C (it is richer in this vitamin than lemon).

In addition, kiwi fruit is the richest fruit in vitamin K, which could be a concern if you are taking a treatment with anticoagulant drugs, such as Sintrom, warfarin or Coumadin. 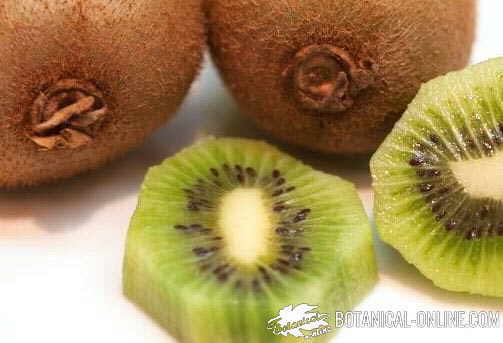 Kiwi is the fruit richest in vitamin K

What is vitamin K and how does it relate to kiwifruit and anticoagulant medications?

The anticoagulant drugs act by blocking vitamin K, which is coagulant. If the diet is too rich in vitamin K, these drugs lose their effect and clots and thrombi may occur.

Can people who take Sintrom or warfarin eat kiwis?

There is a well-known contraindication between foods that contain vitamin K and anticoagulant medications such as Sintrom or warfarin. However, prohibiting all foods with vitamin K to people who take these drugs is an exaggeration.

It must be taken into account that the anticoagulant medication already contemplates the ingestion of foods rich in vitamin K from the diet, and that it is impossible (and insane) not to eat this vitamin.

Therefore, it is appropriate to control the amount of vitamin K in the diet, avoiding the combination of those foods that are richer, but without completely eliminating the rich foods.

How much vitamin K does kiwi have?

Does kiwi contain a lot of vitamin K?

Kiwi is the fruit richest in vitamin K. To illustrate the amount of vitamin K that the kiwi has, see the following data (according to the tables that we have consulted from USDA):