Omega 3 is a type of fat that is found in large quantities in nuts and oil seeds, especially in hemp seeds, in flaxseed meal, in ground chia seeds, in walnuts and in fatty fish.

What are omega-3 fatty acids?

It is classified within the essential fatty acids (AGE). Essential means that the organism can not manufacture omega 3, and therefore, this component has to be supplied through the diet.

There are three omega-3 fatty acids: 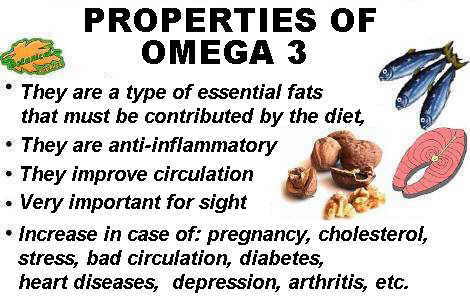 Summary of the main properties of omega 3. The foods richest in omega 3 are fatty fish and nuts, followed by flaxseed meal and chia seeds.

What are the properties of omega-3?

What are omega-3 for? The body needs omega-3 fatty acid to work properly. The main functions of linolenic acid are the following:

Omega 3 for the nervous system and eyesight 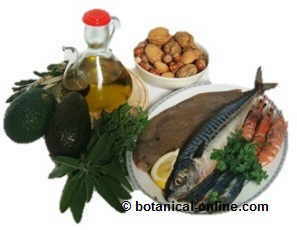 Omega 3 fats are found in high concentration in the brain and nervous system, specifically in the retina of the eye and the cerebral cortex.

A diet rich in omega 3 fats is necessary to keep this system in good condition. It is recommended to people with insomnia, hyperactivity, stress or anxiety.

It has been shown that omega 3 improves some psychological alterations such as hyperactivity in children. Supplements with omega 3 essential fatty acids are recommended as natural antidepressants, for mood swings, seasonal depression, etc.

Summary with the main properties of omega 3. The foods richest in omega 3 are fatty fish and nuts, followed by flaxseed meal and chia seeds.

Due to its anti-inflammatory properties, its consumption is very suitable in cases of menstrual pain, arthritis, gastritis, dermatitis, asthma, psoriasis, etc. The following article explains why omega 3 helps reduce pain in arthritis.

Properties of omega 3 for health

In addition to the basic functions discussed in the previous sections, it has been proven that the ingestion of omega-3 fatty acids represents a series of benefits for the organism.

Types of omega 3 that we can find in food

Omega 3 fatty acids are a family of fats. It is a rather extensive and complex subject that is usually treated at the level of specialized nutrition. There are three main omega 3 fatty acids: 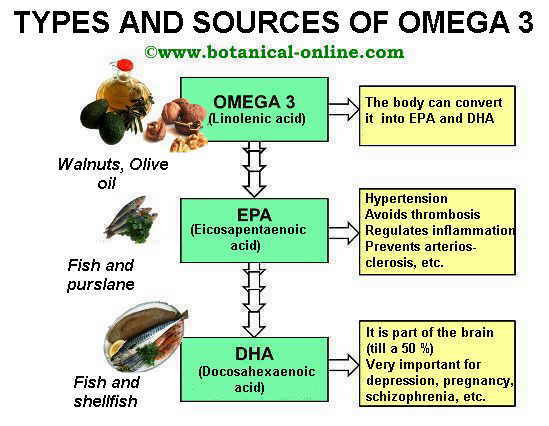 Foods that provide different types of omega 3 and 6 fatty acids.

* More information on: Types of omega 3

Omega-3 acid, called alpha-linolenic acid (ALA), is abundant in vegetables. This type of acid must be transformed by the body to be active and have anti-inflammatory effects. In this transformation the organism is slow, so the effects are not as remarkable as in fish oil, which is considered a more direct and better source for the ingestion of this principle.

How can we obtain omega 3?

These essential fatty acids can be obtained from the following sources:

Fish oil is considered a direct and better source for the ingestion of this principle. Most vegetable food containing these principles are vegetable oils.

The one containing the highest proportion is flaxseed oil (533 mg per 100 g), followed by canola oil (111mg) or walnut oil (104 mg). Other vegetable oils that contain oil are soya, wheat germ oil or hazelnut oil.

Omega is an essential nutrient and as such should be consumed regularly in the diet. However, the daily amounts depend on the diet. Certain amounts of this type of fat can be stored in adipose tissue, such as in a warehouse.

If one day a very powerful source of this nutrient is consumed , such as a fatty fish ration, there is no problem if the next day you consume less omega 3.

Supplements are a way to ingest omega 3 fatty acids for those who do not take it from plant sources, who need higher requirements, or who do not eat enough fish. 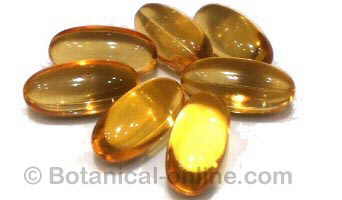 Omega 3 supplements are given in pearls format, because they allow better preservation and dosage.

They are taken in the form of capsules containing fish oils, but there are also vegetarian options:

It should be noted that, observing the tables of food composition, no supplement contains as much omega 3, EPA and DHA as a serving of fatty fish or nuts, so a diet rich in omega 3 is recommended before taking supplements:

Balance between omega 3 and omega 6 of the diet

The proper relationship between omega-3 and omega-6 must be established in the diet because the excess of omega-6 is inflammatory and must be balanced with the intake of omega-3.

The omega 6: omega 3 ratio of the desirable diet would be 4: 1, ie four parts of omega-6 per 1 part of omega-3. This ratio currently ranges between 10: 1 or 20: 1. The enormous superiority (imbalance) of omega-6 can sometimes be responsible for some diseases, such as heart disease, certain depressions, diabetes. etc.

Eating natural foods rich in omega 3 does not present any danger, because these foods are highly satiating and can hardly be consumed in high quantities … Taking supplements present some contraindications

Problems eating too much omega 3

Omega 3 EPA and DHA for vegetarians