What is fenugreek (Trigonella foenum-graecum) ?

Etymology: Fenugreek is derived from foenum- graecum, which in turn gives the scientific name of this plant. Foenum – graecum means ” Greek hay “. It was named line this because of the strong smell of this plant, reminiscent of the hay, as extensively cultivated in the Mediterranean region.

Note: Fenugreek can also refer to common names that alfalfa plant (Medicago sativa) is given .

Common namew in other languages: 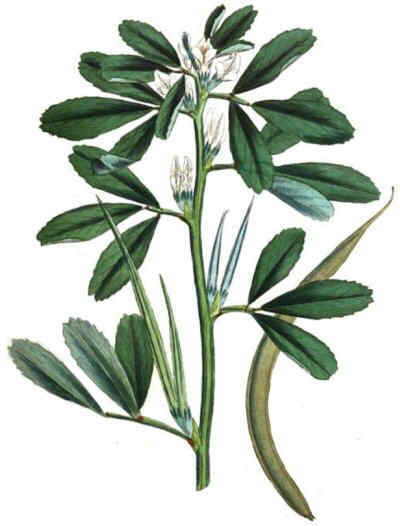 Fenugreek (Trigonella foenum – graecum) is an annual herbaceous plant of the Leguminosae family, measuring between 20 and 50cm (up to 100cm.) high.

The leaves are compound, petiolated, consisting of three oblon gleaflets, attenuated towards the base and with toothed margins. Size 20-50 x 8 -17mm.

The flowers are white or yellow, grow from the leaf axils and are arranged singly or in little groups of twos. Corolla 12 – 18mm. It flowers in April and May.

The fruits are pods or legumes narrow and oblong, resembling a sickle. Pod 80-150 x 2 – 4mm., With elongated beak at the end. The fruits ripen in summer and harvested in autumn.

Inside of them, there are between 10 and 20 tiny seeds, 3mm. approximately yellow, quadrangular and with a groove in the central part.

The whole plant gives off an unpleasant odor, reminiscent of hay.

Fenugreek in the kitchen