Home › Food › Oats for auto-immune diseases
This article was endorsed by Elisenda Carballido - Dietitian nutritionist. Postgraduate in Phytotherapy and master in Nutrition and Metabolism.

Can oats be eaten when there is celiac disease?

Can you eat oats in diseases where gluten is suggested to be eliminated?

Many people have doubts about whether oats (Avena sativa L.) is suitable or not during the treatment of these diseases, since it does not contain gluten.

This is because in recent years it has been observed that the removal of gluten, and therefore the elimination of all cereals and flours from the diet, helps to improve some diseases. 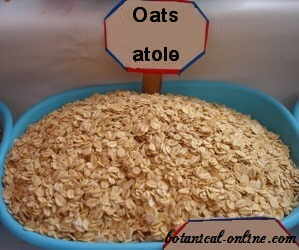 Photo of oats for atole

As has been known for many years, the removal of wheat and cereals with gluten is vital for people with celiac disease (gluten allergy)

In recent years, it has been observed that there are people who may also have gluten intolerance, which is a type of immune reaction less aggressive than allergy in its clinical manifestations, but would also produce intestinal malabsorption, headache and other disorders.

Another usefulness of gluten-free diets is in the treatment of autoimmune diseases such as multiple sclerosis (MS), lupus, psoriasis, ulcerative colitis and Crohn’s disease. These types of dietary protocols also usually eliminate dairy. Sometimes they are called Paleo diet or Evolutionary diet.

Is it appropriate to substitute wheat for oats?

Although oats do not contain gluten, it may not be appropriate in the cases mentioned above to substitute wheat for oats, because sometimes this cereal often gives the same problem as wheat and other cereals:

– Gluten is a protein that is made up of different parts. The problematic component of wheat (which reacts with the immune system or produces the allergic reaction), is gliadin, a part of the gluten protein.

– Gliadin is classified or chemically known as prolamine, and is a protein that has the characteristic of being rich in the amino acids proline and glutamine.

– All cereals contain prolamins: wheat, corn, barley, rye, sorghum… Since they are reserve proteins present in the endosperm of cereals.

Oats has no gluten, but is it advisable?

Botanically, oats do not belong to the same family as the other grains (belongs to the cereal family, but is of another botanical type). However, most of the time it is contaminated with gluten because it is processed in mills that use other grains.

In addition, oats can also be problematic because, like their parent botanical cereals, it contains a type of prolamine (avenine).

In short, you do not have to recommend another cereal when there are celiac problems. In the beginning, a diet of elimination, always according to professional criteria, may be advisable.