Home › Food › Okra food uses
This article was endorsed by Elisenda Carballido - Dietitian nutritionist. Postgraduate in Phytotherapy and master in Nutrition and Metabolism. 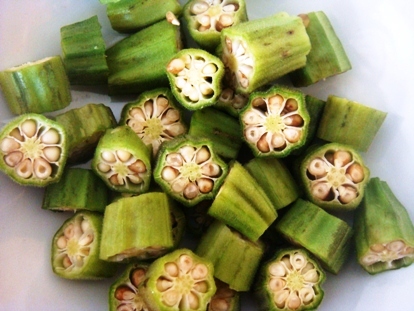 Okra is an elongated fruit of African origin, pointed finished. Its villous surface is green. Okra is collected when it is still immature, and it is characterized by its yellowish green color, tender skin and a thin white hairs covering the fruit.

Nutritionally, it is very rich in fiber, and contain antioxidants such as vitamin C, vitamin E and beta-carotene. It is recommended in diets for cholesterol, weight loss plans, for hypertension and, as it have recently been discovered, okra possesses properties to improve memory.

* More information on the medicinal properties of Okra.

How to take okra?

Okra is used in the kitchen similarly to other vegetables:

Because of its presence in different cultures, you may find it cooked in many different ways:

Where to buy okra?

Okra can be purchased in South African, Eastern or Asian local markets and food stores. You must be purchase fruits of small size (about 7cm long.).

Because it is a vegetable that is consumed tender, it should be consumed within a few days. Store in the refrigerator for up to 10 days.

A common mistake is to buy too old or mature okra, which has a less pleasant taste, it is very rich in fiber and hard to chew. We must seek tender, bright, firm and crisp fruits. Avoid buying those that are damaged.

We can find white or purple varieties, although they are less common in the markets.