What is an Indian tea?

Tea is a drink that is produced in many parts of India, since India is one of the major tea producing countries of the world.

The first tea plantations in India came to mid -nineteenth century, when the East India Company of England saw its exports in tea from China diminished.

Initially, tea was first cultivated in Assam, then spread to the province of Darjeeling and later in the rest of the country to reach Sri Lanka (former Ceylon).

Mainly black teas are produced in India. Black teas are those that during the tea manufacturing have gone through a fermentation process.

Black teas of India are the most appreciated in the world , along with Ceylon tea.

They have an intense flavor and are used in many blends (mixtures of tea), such as the popular English Breakfast or Earl Grey tea.

Green tea is also produced in India, although in smaller amounts. 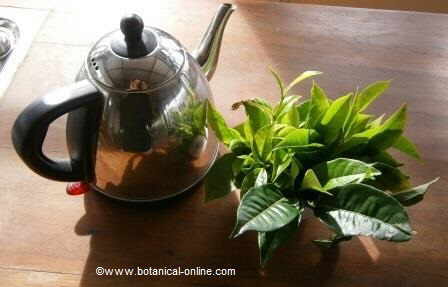 – Black tea: The main black teas produced in India are:

– Darjeeling: One of the most popular teas in the world, originally from the Indian region of the same name Darjeeling.

– Assam Tea: Assam is a town located in northern India, where tea was spread throughout the country. Tea is a pronounced flavor body and that the drinking water is dark.

More tea types and information about tea in the listing above.