Lapsang Souchong tea is a type of black tea from China, which is produced in the region of Fujian. Like other teas, is produced from the leaves of the tea plant (Camellia sinensis).

This type of tea is brewed using traditional methods: After the manufacturing process of black tea, tea is roasted over coals of fresh pine wood, which pervade all its aroma.

Lapsang Souchong tea is a classic because it is the only smoked tea. It is a mildly stimulating drink with a strong flavor, but it contains less caffeine (= theine) than other black teas because it is made from the Souchong leaves, that is to say, with the mature leaves of tea buds that are lower in caffeine.

In China, it is a rare drink not consumed regularly, so that most of the production is exported. In the West, it is known as ” Tarry Lapsang “. 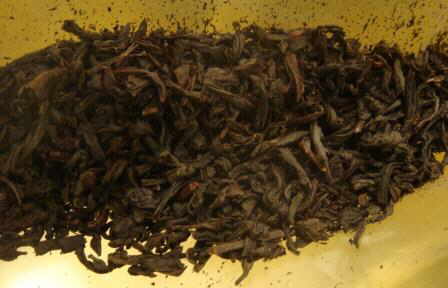 What is the flavor of Lapsang Souchong tea infusion?

The infusion presents a very intense red color, with a strong flavor, full-bodied, very characteristic for its smoky flavor.

Being a black tea, it can be taken with milk.

These are mainly theaflavins and thearubigins, astringent substances that provide a characteristically strong flavor to black tea and a red or orange tinge to black tea infusion.

In small doses, this tea can be healthy for the stomach as a digestive stimulant or regulator. Taken too frequently, or in high doses, it can cause palpitations or heartburn.

It is appropriate to take this tea in the morning, at noon or after eating since its caffeine content is moderate, not as high as in other black teas.

How to prepare Lapsang Souchong tea?

Make an infusion at 90-95 º C of a teaspoon of black tea leaves (2 – 4g.). Never let it boil. Cover and let stand for 5-7 minutes. Serve hot with or without milk (Being a Chinese tea, it has been traditionally served without milk).

It is said that it was the favorite tea of Sherlock Holmes. This type of tea is never served cold.

* More information: How to prepare a good tea.