Cysteine ​​is a nonessential amino acid that can be manufactured from methionine, provided that there is sufficient. It interacts with another amino acid called cystine, this is created by two cysteines.

Its abbreviated form is Cys. It is a sulfur-containing amino acid.

Cysteine ​​has detoxifying effect, since it helps the elimination of many toxic substances.

The antioxidant role of this amino acid is due to cysteine ​​being a precursor of a potent antioxidant, glutathione (abundant in some foods such as broccoli), which also counteracts the damaging effects of free radicals and increases the life of the antioxidant vitamins, vitamin E and vitamin C. 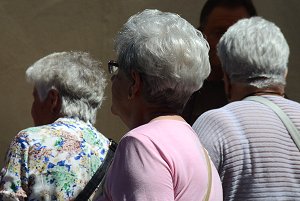 Cysteine helps delay aging and manages to reduce the negative influence of free radicals on cells in many parts of the body. For example, it can help maintain eye health, preventing vision loss from macular degeneration, retinal detachment or problems of night blindness or cataracts.

It is useful in debugging the lymphatic system so as to achieve a better drainage of the body and a defensive system in better condition. In this sense, it helps improve the conditions of arthritic, rheumatic or gouty or those who tend to retain fluid in the body.

Cysteine counteracts in part the destructive action of tobacco in the lungs so it is a great help against smoking. Also involved in preventing oxidation of fats, reducing “bad” cholesterol.

This amino acid is also a key component for proper formation of hair and healthy nails thanks to its sulfur content. For this reason, it can help hair growth and preventing baldness. Its deficiency can manifest itself in nail problems such as brittle nails, nail sagging, stretch marks on nails, etc.

It helps maintain proper muscle, minimizing the production of fat mass, thanks to its functions both energy metabolism and the synthesis of fatty acids, which can help diminish the appearance of arteriosclerotic emboli.

, From a metabolic point of view, it helps to stabilize glucose levels in the blood, something useful in preventing diabetes.

Cysteine ​​is related to certain diseases affecting the kidneys. The principal is a disease called cystinuria, which occurs due to an imbalance of genetic origin of both parents, without possible prevention. Cystinuria produces kidney stones.

Also, because of an accumulation of cystine, we can suffer cystinosis, which produces crystals that can accumulate and affect various organs of our body, but they mainly affects sight.

Therefore, it is not recommended a high intake of this amino acid in these diseases without medical supervision. 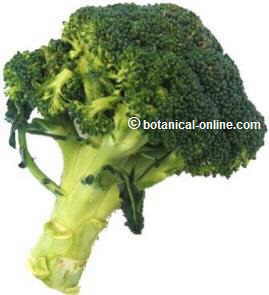 Broccoli contains a lot of cysteine.

Animal foods are those that contain more cysteine, for example, milk and dairy products

Within plant foods, we include, for example, dates or tofu

Although you can take supplements of cysteine, it is recommended to meet the needs of this amino acid through a balanced diet. If supplementation is necessary, consult with the specialist before taking it.