Home › Recipes › Spanish omelette characteristics and properties
This article was endorsed by Elisenda Carballido - Dietitian nutritionist. Postgraduate in Phytotherapy and master in Nutrition and Metabolism.

Benefits and recipe of omelette with onions and potatoes

CHARACTERISTICS OF A SPANISH OMELETTE

What is a Spanish omelette and what are its benefits?

A Spanish omelette (= omelet) or “tortilla” is a traditional recipe that consists of a potato base, sometimes also an onion, which is curdled with beaten eggs. It is cooked with virgin olive oil, salt is added and sometimes spices and aromatic herbs.

It is a very healthy preparation, because all the ingredients it contains have a good nutritional value. Few dishes are so universal, simple, nutritious and as rich as a potato omelette.

See below what nutrients it contributes, if it has really many calories, how it is better to cook it and what are its health benefits. 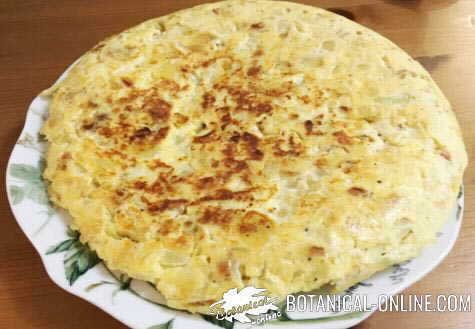 Spanish omelette with potatoes and onion

As a curiosity, in many countries tortillas are a kind of round cakes that are prepared with flour. On the other hand, what is called tortilla in Spain is called omelette in other Spanish-speaking countries.

Does the Spanish omelette have a lot of calories?

In this recipe, the nutritional value varies enormously depending on the cook, especially since some fry the potatoes, and others cook them on a slower fire and with less oil.

The most advisable thing would be to avoid making the tortilla by frying the potatoes, without bathing them in oil, which takes a little longer, but it is much better in many aspects. The tortilla made with a lot of oil is usually quite indigestible. Instead, cooked more smoothly, with less oil and aromatic herbs, it is equally rich and is more digestive and nutritious. Healthy is not incompatible with tasty!

Whom is a Spanish omelette suitable for?

After the study of various types of diet therapy, it is found that this simple recipe is actually one of the best tolerated for everyone, for example in protocols for autoimmune diets, people who can not eat gluten, etc.

It is also suitable for children, adults and the elderly, in vegetarian diet, …, it is a good option to take a picnic in nature, etc. 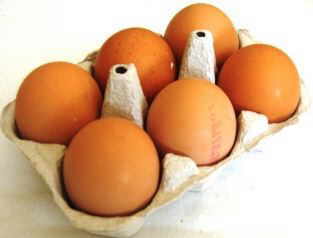 Many studies have proven how people who eat eggs every day do not have their cholesterol levels elevated. It is a myth that the egg is bad for cardiovascular health.

In general, a potato omelet is a very complete recipe because it provides:

Better with onions, or without onions?

Onion adds more creaminess and sweetness to the tortilla, but adding it or not depends, above all, on individual tastes. At the level of nutrients, onion has virtually no calories and provides a large amount of quercetin, which is a powerful antioxidant.

In addition, cooking the onion with oil is a culinary method of perfect extraction, since the quercetin is impregnated in the oil and thus it is possible to increase its absorption. This is also one of the reasons why stir-frying or “sofrito” is so healthy. ( See sofrito properties and benefits) 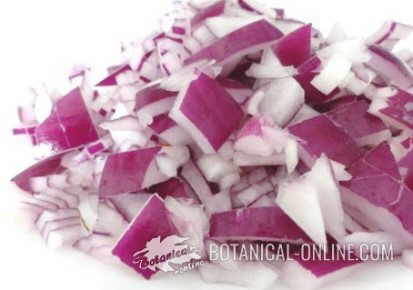 Onion, in addition to being aromatic, provides a large amount of quercetin, an antioxidant component. This component is interesting to keep the heart and blood vessels in good health

Tips for cooking a good omelette

It is a recipe that demands attention and a bit of liveliness, so that to attain an optimal cooking, not to burn it , as well as having the skill to turn it at the correct moment and in the correct way:

Properties of Spanish omelette and their nutritional value

Step by step preparation of a potato omelet 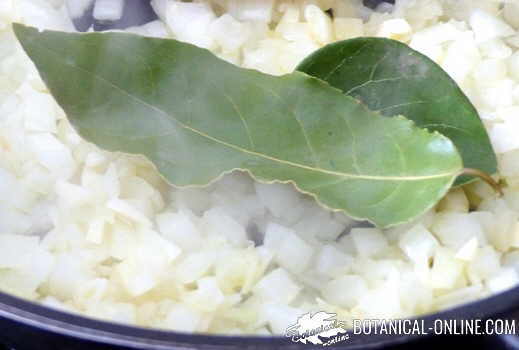 We encourage you to add laurel in any onion sauce, as it gives a much richer flavor.

How to serve a Spanish omelette?

It is placed in a dish and divided according to the number of diners. It is eaten hot.

If there is any left over, it can be stored in refrigeration to eat later in cold or reheat.

Variations of the recipe 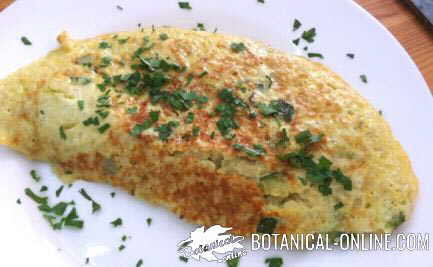 Imitation of false potato omelette: instead of potato it is prepared with brown rice. being very good.

The potato omelette is a clear example of that saying that ” There’s more than one way to skin a cat” . Some people add other aromatic ingredients, such as pepper. Others add spinach to give it a touch of green. We have also seen preparing it with cheese …

A variation of the recipe that is also delicious is to prepare the onion sauce and add cooked brown rice (previously boiled and drained) instead of potatoes. The result is also spectacular, very rich, and using very little oil.

What can we accompany the recipe with?

The best companion of any meal is always vegetables. We can prepare a complete meal by adding a salad or a cream of vegetables, or some piece of fruit.

OMELETTE WITH POTATOES AND ONIONS RECIPE