What is a daisy plant?

A daisy is an herbaceous plant of the Compositae family,(Asteraceae) characterized by a yellow flower bud.

The real daisy flower comes from plants of the genus Bellis spp.

All daisies from Bellis gender come from Europe, North Africa and Turkey, and have become naturalized in many regions of Asia Minor, New Zealand and North America, initially exported as ornamentals.

Currently, these plants are a common weed of lawns and turf.

Actually, a daisy is not a flower. It belongs to the Compositae family, and as this name implies, it is composed of many tiny flowers, arranged in a floral head.

So, a daisy is an inflorescence composed of tiny yellow flowers, and surrounded by a white, pink or red ligules that look like petals. 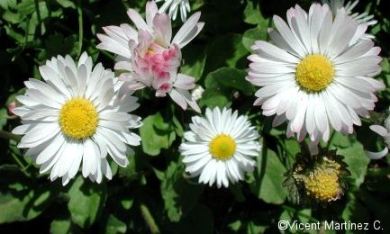 Only those plants of the Asteraceae or Compositae family, belonging to the genus Bellis, should be considered as authentic daisies. They are perennial plants that grow in their natural state in Europe, North Africa and Turkey

There are 10 species and two subspecies of Bellis, the best known being the common daisy (Bellis perennis), which is the only one that is grown as an ornamental plant.

All of them are plants characterized by having flowers that start from a single stem and by having the oval or spatula-shaped leaves, grouped in basal rosettes.

The word Bellis comes from the Latin “Bellus”, which means beautiful, charming or pretty. There are other theories about the origin of this word, although they are less accepted. The most defended against the previous one is the that one that states that it comes from “Bellum”, which means war, since it is a plant with healing properties of wounds.

In English, the common name daisy, is a corrupt form of the expression “day’s eye”. This name is due to the fact that the daisies close the flowers at night and open them when the sun rises.

The plants of the genus Bellis are the following: 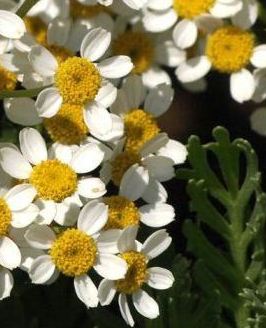 Chrysanthemums are a genus of flowers from Asia, from the same family than Bellis, the Compositae family. This genus includes about 40 species.

In some classifications, many plants assigned to the genus Chrysanthemum spp. have been divided among other genres, such as: Argyranthemum, Dendranthema, Leucanthemum and Tanacetum.

It is for this reason that many of these plants have dual scientific name.

This is usually the most common in fields and roads. Although commonly it is called Daisy, this is actually a species of chrysanthemum. 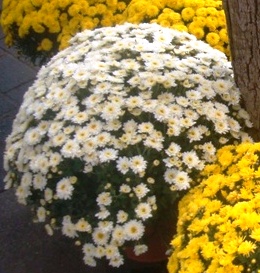 It blooms throughout the year. 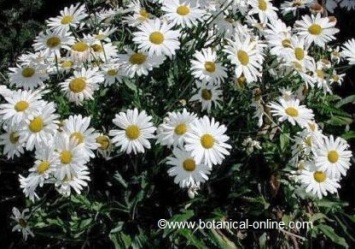 – Garland daisy (Chrysanthemum coronarium = Glebionis coronarium): white on the periphery of the petals and golden yellow in the part closest to the floral disc.

Common in the margins of roads and Mediterranean cornfields. 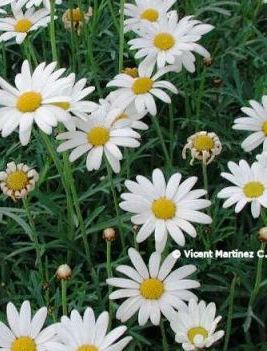 Other plants similar to daisies