Home › Food › Importance of spices
This article was endorsed by Elisenda Carballido - Dietitian nutritionist. Postgraduate in Phytotherapy and master in Nutrition and Metabolism.

SPICES HAVE BEEN FUNDAMENTAL IN HISTORY

Since ancient times spices have been a very important product for men. The very name “spice” comes from the Latin “species” with the meanings of basic or essential.

Why spices have been so important?

Its importance of spices is based on the ability of these products to:

When were spices used for the first time? 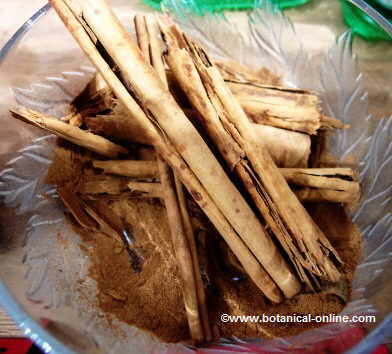 Paleolithic excavations carried out in high buildings on the water in Switzerland have found fossilized remains of garlic, radishes, fennel and other spices that are supposed to primitive cultures used to flavor the berries collected in the field.

It is assumed that during the Neolithic men would use spices to mask the stench of decomposing flesh after killing the animals. Spices also could be used to flavor vegetable products that villagers gathered this time.

Frankincense and myrrh were already used by the Egyptians in their religious ceremonies and their importance was such that these people had an important commerce with the East to source these and other basic spices in their food like saffron or mustard. Hieroglyphics in the Pyramid of Giza show the slaves as they eat garlic and onions to maintain health and to build the pyramid.

Given its importance, many ancient cultures have kept the secret of their culture, enpowering them with fantastic and mysterious properties to prevent their cultivation to be known by other peoples. Of cinnamon, for example, it was said that it grew up in lakes and was guarded by winged dragons.

History of the spice route

Gradually, as their use spread, different people were accessing to spices.

The desire to obtain these products produced a cultural, social and economic phenomenon known as the Spice Trade, which led many people to make distant voyages to distant lands. They were difficult products to get because they required lengthy and dangerous voyages.

Furthermore, the trade involved many hands. This raised the price of these products to the point of being only affordable to wealthier households. For centuries only the wealthy had access to the properties of those spices that came from distant places and must comply with which they could grow on their land.

Spices in the Greco-Roman culture

Very clear references of the use of spices come from the Greco-Roman culture. The Greek Hippocrates, the father of western medicine, wrote hundreds of medical formulas from which a large part are based in spices. Dioscorides, a Greek physician, botanist and pharmacologist, in his Materia medica tells us how his fellow citizens used spices as anise, coriander, thyme or pepper.

The Romans had a very active trade by sea with the Spice Islands (Moluccas) or by land with China and Constantinople. To access them had to make a trip that took them a couple of years through what are known as the Silk Roads.

The spices trade during the Middle Ages

The Arabs used plenty of saffron and nutmeg. During the most part of the Middle Ages, they controlled the monopoly of the spice trade with India.

The Italians had a crucial importance in the use of spices during the Middle Ages. As we all know, because of the journey of Marco Polo to China, which took 11 years to achieve what today would be Beijing (1255-1266.)

The intent of this adventure was getting a commercial trade agreement between China and Venice. The reality is that, the Italian traders have the Muslims as commercial intermediaries who controlled the trade routes.

The Italian cities bought these products and resold them throughout Europe. Under this trade, large cities like Genoa and Venice grew, exchanging to Muslims the creations of their textile industry for spices.

The trade of spices during the fifteenth and sixteenth century 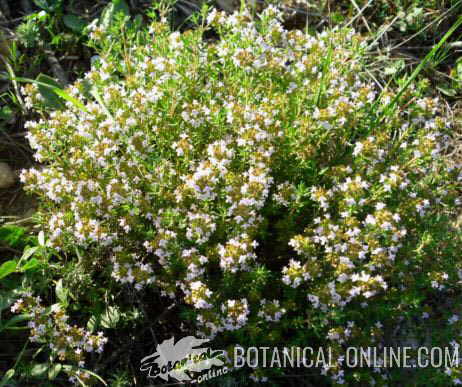 Species, like thyme in the photo, were used to flavor meat and hide his usual rotting odor

From the fourteenth century the spices began to become popular among the population when they were distributed by the monks who cultivated their abbeys.

Pepper, cinnamon and cloves were used to flavor meat and hide his usual rotting odor. Other spices widely used and cultivated by religious were the sage, the mint, garlic and fennel.

A very special spices momentum took place in the XV and XVI centuries following the discovery of America by Europe and the spice trade between the two continents. The same accidental discovery of the Americas is due to the desire to find another route to India which will shorten the journey and will enable easier access to the species trade.

The Spanish brought many plant products (potatoes, peppers, tomatoes, vanilla etc). The discovery of vanilla from Mexico, was a culinary landmark and quickly became the fashion spice, giving flavor to most desserts.

However, the most momentous fact the trade in spices was the discovery of a new sea route to India by the Portuguese navigator Basque de Gama in 1498.

His journey through the Cape of Good Hope was intended to avoid the dangerous and expensive route through the Middle East and Central Asia. In this way the Portuguese came to India and could have a monopoly of this trade in the sixteenth century. Lisbon became the capital of European commerce and cheaper prices, which led to the widespread use of them.

Expansion of European colonies around the world

The great interest for spices led to a great colonial expansion of European powers to the East in search of the dominance of the areas where these were produced:

At the same time, this trade determined the existence of a large ship piracy by English and French flags that captured many of the ships in open sea.

The Portuguese continued to extend their search to new islands as Ceylon until they discovered the famous Spice Islands. The attempt to control trade with the islands led to numerous clashes between the Portuguese and the Spanish that ended when Philip II united the two crowns in his reign.

The spices trade in 17th and 18th centuries

In the seventeenth century the spice trade was taken over by the Netherlands based mostly on naval power and the exchange of species with real currency. Most of the transactions were conducted through the Company of the Netherlands East Indies. In the years after England and Holland remain many battles for dominance of this company.

From the eighteenth the price of spices diminished drastically when they began widely cultivated in the colonies of the West Indies and French Indochina. This was definitely the consumption of spices were no longer something restricted to the rich.

In the late eighteenth century, and since gaining independence in 1776, the United States was later transformed in the main country that controlled the trade across the Atlantic. The port of New York became the dominating this lucrative business.

In the nineteenth century began to sell spices packaged in the same manner as today. Also started the manufacture of products made from the mixture of several of them combined with other ingredients.

During the twentieth century and today, the spice trade is no longer a monopoly of a single country or countries to become a direct bilateral trade between the producers and consumers. The major consuming countries spices are U.S., France and Japan and the major exporters are Singapore, China and Madagascar.

More information on spices in the listing above

The commerce of spices

Spices for the kitchen