Home › Food › Iodine properties
This article was endorsed by Elisenda Carballido - Dietitian nutritionist. Postgraduate in Phytotherapy and master in Nutrition and Metabolism.

What is iodine and what is it for?

Iodine is an essential mineral for the organism, one of the most vital, which must be provided in the diet daily. 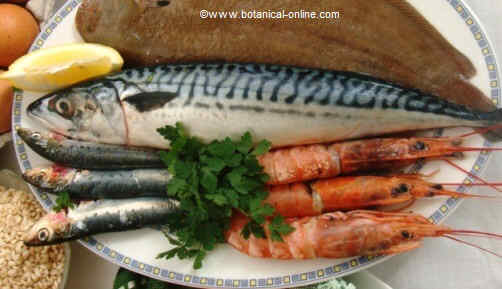 Sea foods are the most important source of iodine. Seaweed, fish and shellfish are examples. Iodized salt also contains a lot of iodine.

The main and only known function of iodine in the human organism is as a constituent of thyroid hormones.

Thyroid hormones are what allow metabolic reactions to occur at an appropriate time, being very important for the growth and regulation of metabolism.

Iodine only plays a role in the body: regulates the metabolism and activity of all body cells as part of the thyroid hormones.

These hormones activate the cells throughout the body to develop their functions.

Because iodine is an essential mineral for all vital functions and growth, table salt is enriched with iodine to prevent its deficiency (iodized salt).

Iodine is also used in radiation therapy. Large doses of iodine (potassium iodide) are administered when there is a danger of radiation to protect the thyroid gland against radioactive iodides. In case of not taking iodine, the gland would absorb the radioactive iodine potentially increasing the risk of cancer.

During World War II, in Hiroshima large amounts of seaweed (wakame, kombu, nori) were taken as a source of iodine against radiation.

Symptoms of deficiency or lack of iodine

Gobiogenic foods are those that sequester iodine

Cruciferous vegetables, that is to say, the family of cabbage, cauliflower, broccoli, rocket, etc., have goitrogenic properties because they contain substances, glucosinolates, capable of preventing the absorption of iodine or interfering with the synthesis of thyroid hormones . These foods should not be consumed in excess by people with hypothyroidism.

Women in the lactation phase should moderate foods very rich in these substances, such as mustard, because these goitrogenic components pass into breast milk and can be ingested by the baby.

Where can iodine be found in the diet?