WHAT IS MANGANESE NECESSARY FOR?

Manganese is a trace element or microelement essential for the body.

It is called trace element because the body requires this component in very low doses, but necessary.

In the body, this mineral is found in the liver, bones, pancreas, kidneys and brain (pituitary gland).

It is absorbed in the small intestine through the enzyme transmanganin, and when there is an excess in the body, it is excreted through the bile.

What is manganese good for? 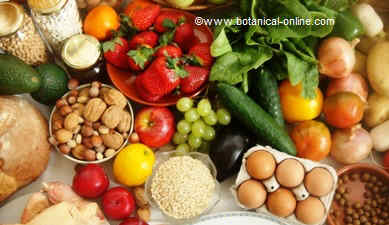 A balanced diet rich in vegetables, fruits, cereals and legumes is sufficient to meet the daily needs of manganese.

Manganese is involved in many vital functions:

It is part of one of the substances with greater antioxidant power, superoxide dismutase.

This mineral allows the degradation of carbohydrates so that the energy they contribute can be harnessed.

It also contributes to the metabolism of fatty acids, cholesterol, and immune function.

This mineral is suitable for the connective tissue and the joints, since it intervenes in the formation of the mucopolysaccharides that constitute the cartilage.

Symptoms of deficiency or lack of manganese

It appears that manganese is more important to animals than to humans, since symptoms of deficiency are not common in humans. Generally no deficits of this mineral appear since the body is able to keep it well for a long time.

Where can manganese be found?

Manganese is added to multivitamin supplements.