Home › Food › Soy and thyroid problems
This article was endorsed by Elisenda Carballido - Dietitian nutritionist. Postgraduate in Phytotherapy and master in Nutrition and Metabolism.

Is soy bad for the thyroid?

There are doubts about whether or not soy is adequate for the thyroid because it contains goitrogenic compounds in its proteins that impede the absorption of iodine, an essential mineral for the functioning of the thyroid gland, being part of the thyroid hormones. 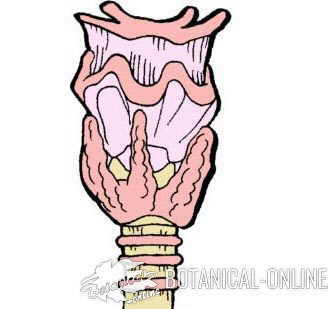 Recommendations for soy and thyroid

That soy has gociogenic components does not mean that it produces goiter (iodine deficiency). In fact it is a very nutritious food with potential health benefits, which in the diet has more advantages than disadvantages.

The only precaution that soy deserves is that all people who eat soymake sure to eat foods rich in iodine, such as iodized salt and marine products such as fish. If not enough iodine is consumed, soybean goitrogenic compounds may affect the proper functioning of the thyroid producing an enlargement of the thyroid gland, subclinical hypothyroidism, or problems due to iodine deficiency. These side effects are more likely in children.

Soy and medicines for hypothyroidism

People with hypothyroidism should avoid combining soya with Eutirox-type thyroid medications because their components interfere with the absorption of thyroid hormone (levothyroxine). Therefore, it is better to let a few hours pass between the medication and the ingestion of soy.

Apart from the incopatibility of soy with medicines, it is not necessary for people with hypothyroidism to eliminate soy completely from the diet. For example, if the pill is taken in the morning on an empty stomach, you should avoid having a soy beverage, being more recommendable any other type of vegetable drink.

What problems does eating a lot of soy have?

Cases have been described in which people with hypothyroidism who consumed much soy usually had to increase the dose of medication. However, it is much more advisable to avoid the combination of soy and medicines, rather than increasing the dose of medication, due to the possible adverse effects of excess medication on the health of the heart.

On the other hand, when you stop eating regular soy and continue taking levothyroxine, it is recommended to perform an analysis to avoid hyperthyroidism or medication overdose.

Soy is not harmful for people with hyperthyroidism. Hyperthyroidism produces the opposite effect to hypothyroidism: it increases the production of thyroid hormones, so preventing the uptake of iodine would improve the symptoms, by preventing the manufacture of these hormones.

In that sense, the consumption of soy could even be beneficial for hyperthyroidism, but it is not recommended to abuse soy consumption in any case.

Soy and medications for hyperthyroidism

When hyperthyroidism is treated with antithyroid drugs, it is not advisable to eat soybeans due to possible interactions. Therefore, the same precaution is recommended as with Eutirox: avoid the combination and, in any case, distance the intake of the medication from the consumption of the food.

Soy and thyroiditis of Hashimoto

Hashimoto’s thyroiditis is an alteration of the thyroid that usually has a genetic or autoimmune origin and can give periods of hypothyroidism and times of hyperthyroidism, or only one of the two manifestations.

The position on soy consumption in these cases is similar to the previous cases: it can be taken, but sparingly, and away from thyroid medications. In addition, it is interesting in these cases to consider a diet protocol for autoimmune diseases, together with a dietitian nutritionist.

Sheet on whether soy is contraindicated for thyroid diseases, such as hypothyroidism or hyperthyroidism. It is a legume with more nutritional benefits than possible drawbacks. Doubts resolved in the text.

Conclusions about soy and thyroid

– Soy for hot flushes in menopause

More information on soy and derivatives in the listing above

How to make tofu at home