Home › Food › Medicinal properties of apricots
This article was endorsed by Elisenda Carballido - Dietitian nutritionist. Postgraduate in Phytotherapy and master in Nutrition and Metabolism.

WHAT ARE APRICOTS USED FOR IN NATURAL MEDICINE?

Apricot (Prunus armeniaca L.) is a natural food with high nutritional value. This fruit of summer season provides us with a large amount of beta-carotene, which is a powerful natural antioxidant of the skin.

Are apricots a solution for cancer?

The apricot kernel oil has been traditionally used for curing tumors. With this oil, tumors were rubbed to reduce them or neutralize their growth.

This treatment was widely used in England until the late seventeenth century.

Edible and medicinal uses of apricots

These fruits have been used since time immemorial as a source of food and also in numerous remedies of traditional medicine. For example, studying one of the longest populations of the planet, the Hounza, we see that they consume this fruit throughout the year, whether fresh or dried: a sample of the versatility and food properties of apricots.

It is possible to consume apricots in the following ways:

Apricot kernel oil: Is it the solution for cancer?

Apricot kernel oil has traditionally been used for the healing of tumors and is currently marketed as a superfood for cancer. With this oil they rubbed the tumors to reduce them or neutralize their growth. This type of treatment was widely used in England until the end of the 17th century.

Today, from the core of the apricot seed and of other Rosaceae, especially of bitter almonds, peaches, or cherries, laetrile or vitamin B17 is obtained, a drug for the treatment of cancer.

This vitamin was discovered in 1950 by Ernest Krebs, Jr. who said that cancer is a disease caused by deficiency of vitamin B17.

What does the official medicine say about laetrile? 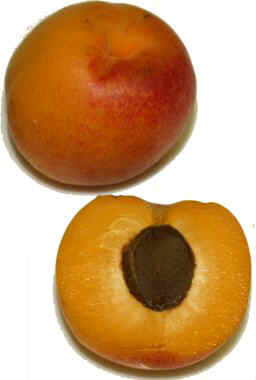 Apricots, with the apricot kernel oil and laetrille are extracted

Is vitamin B17 a vitamin?

Although this compound is called vitamin B12, the American Institute of Nutrition Vitamins does not recognize it within the group of vitamins.

Laetrile is also called amygdalin, a compound that in contact with the organism produces hydrocyanic acid, commonly known as cyanide. According to the U.S. Food and Drug Administration (US Office for the control of medicines) there is not enough evidence to prove the safety of this medicine, while, according to other studies, there have been many poisonings by the ingestion of laetrile. Treatments for cancer with laetrille of apricot seeds

Treatments for cancer with laetrille from apricot seeds

Despite the ban, in many countries it continues to operate. For example, in the United States was banned in 1980 by the National Cancer Institute and, as it can be administered in Mexico, many terminal patients resort to this solution by travelling to neighboring country.

Among the people defending the implementation of laetrile, there is Ralph Moss, author of numerous books on the subject. 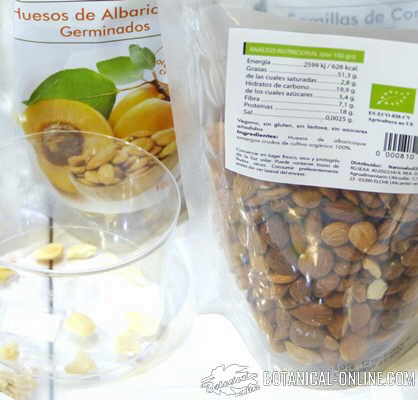 Gum of the trunk of apricot tree, a cough therapy

The gum exuded from the trunk of this tree is rich in mucilage which, according to Pius Font Quer in his renewed “Dioscorides”, can be used for the manufacture of an antitussive horchata (sweet drink made from tiger nuts and sugar). According to him this would be the formula:

Apricots are used in cosmetics to make masks for the treatment of abnormalities of the skin, especially in regard to skin care. Its ability to nourish the skin of vitamin A and provide numerous minerals, makes it very suitable for the care of the skin of the face that need extra power.

This is done to protect the skin against the appearance of wrinkles and whitening their faces bearing patches on the face caused by sun or age.

A compendium of vitamins y minerals

Apricot fruits are rich in vitamins and minerals, so as to be usually added as a staple food in our diet.

* Related information: Apricots in the kitchen

The apricot as food