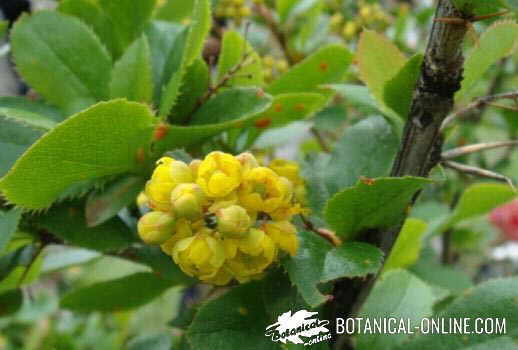 Barberry (Berberis vulgaris) is rich in berberine. Berberine is a natural antimalarial found in the root and bark of this plant.

For thousands of years, people have used different herbs and natural remedies specific to each area where malaria resides.

Although many of these treatments can be effective against symptoms or as an aid to official drug treatments, the only drawback is having difficulties in measuring the required dose, which may prove to be too little or too much.

Therefore, we must be careful and take this into account.

It is often used in combination (no as a substitute) with other antimalarial treatments, physicians should be clearly aware of their decision, to assess their interaction.

Treatment usually starts with a drug derived from quinine. This treatment depending on symptoms presented by each person, can be complemented (not substituted) with other treatments against malaria and its symptoms.

Clearly, physicians should be aware of their decision, by means of assessing different drugs interaction.

Barberry (Berberis vulgaris) The bark of this plant contains an alkaloid, called berberine, like goldthread (Coptis chinensis). It is usually taken as a remedy to reduce fever caused by malaria.

This remedy is usually taken after reaction to other drugs has failed, as an addon. (Infusion in ¾ of water of 3 tablespoons of barberry, when it comes to a boil turn off and let sit for fifteen minutes. It is taken in the morning, afternoon and evening)

Other natural remedies are:

Other methods to fight malaria