Home › Food › Orange contraindications
This article was endorsed by Elisenda Carballido - Dietitian nutritionist. Postgraduate in Phytotherapy and master in Nutrition and Metabolism.

When you can not eat oranges

What contraindications does the orange have?

Orange (Citrus x sinensis) is a food, an edible and nutritious citrus fruit that, as such, does not present important contraindications. It is used in numerous recipes and is also part of many home remedies and natural treatments. 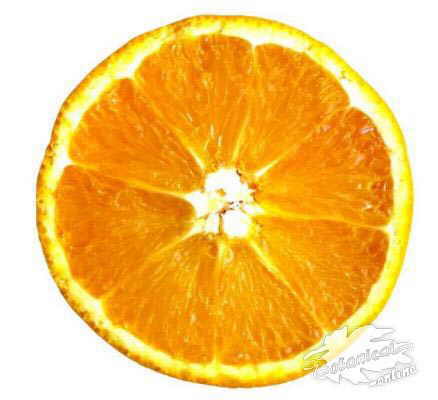 The orange can produce allergic reactions with manifestations in the skin or mucous membrane.

People with allergies to fruits may be allergic to citrus, but not necessarily. For example, when there is an allergy to Rosaceae, such as peach (Prunus persica), there is also an allergy due to cross reaction with the apricot (Prunus americana) or plums (Prunus domestica), because they are from the same family and they share identical or very similar proteins between species.

In contrast, orange belongs to the family of citrus fruits (Rutaceae), such as lime (Citrus aurantifolia), lemon (Citrus X limon Osbeck.) or tangerine (Citrus reticulata). Possibly, a person with an allergy to the Rosaceae can eat orange, although there are people who are also allergic to citrus fruits and can not consume these fruits. The appropriate thing is to consult with the allergist doctor in each particular case.

Orange for people with migraine

It has been proven that citrus ingestion, such as orange or orange juice, can cause migraine in certain people, specifically, those who have been diagnosed with a deficiency of the DAO enzyme. (More information)

This does not mean that the orange produces migraine to all people.

Why does orange produce migraine?

Orange and other citrus fruits elevate histamine, which is not harmful in itself, since the body can metabolize and neutralize it, by means of an enzyme called “DAO”. It has been observed that some people have low activity of this intestinal enzyme, which produces that the histamine of food is not neutralized, and that it reaches the blood, being able to produce histaminosis (high levels of histamine), which would trigger effects of vasoconstriction, headache and migraines.

Is orange good for the stomach?

In the diet for ulcer or diet for gastritis, it is often recommended to avoid acid fruits, such as lemon, tomatoes, … This is because the acids in fruits lower the pH of the stomach and increase gastric acidity.

This property is beneficial because it facilitates digestion, but in sensitive stomachs, these acids produce more pain by increasing acidity, that is, the opposite effect of stomach protective medications. However, orange is not a very acid fruit and it is possible that it is well tolerated in case of gastritis, stomach ulcer, Helicobacter infection or acidity, etc.

Can you eat orange on the FODMAPs diet or diet for irritable bowel?

Orange contains a certain amount of fructose and should be controlled in case of following a diet low in FODMAPs, which is a type of diet used in diet therapy to treat irritable bowel syndrome. You can eat 1 orange, but instead it is recommended not to drink more than half a glass of juice since in that case you could be consuming too much of fructose.

Masks for skin with orange 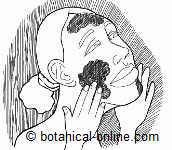 Orange is a plant widely used for skin care. Ascorbic acid (vitamin C) has skin whitening properties that help to remove stains on the skin. It is also a good remedy for oily skin and anti-wrinkle.

Although orange is a widely used remedy in natural cosmetics, it should be used with caution in home remedies, since in excess it can be an irritant to the skin, due to its content in citric acid and other acids.