Food for the hemorrhages

Diet can be an important aid both to recover the lost blood in the bleeding and to prevent bleeding in many diseases in which this occurs too easily, intestinal bleeding, nosebleeds, too abundant menstruation, etc.

The most suitable foods are those that are able to increase the clotting ability of blood. These foods contain low levels of salicylates. These foods include the following:

People who are prone to bleeding should avoid those food components that thin the blood . They are mainly salicylate-rich foods that contain properties similar to certain antiplatelet drugs such as aspirin. 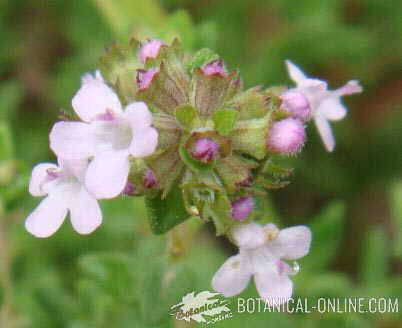 Photo of thyme flowers. People who are prone to bleeding should avoid using aromatic herbs rich in salicylates, such as thyme

More information on nosebleed and its natural treatment.