Home › Recipes › Fennel recipes
This article was endorsed by Elisenda Carballido - Dietitian nutritionist. Postgraduate in Phytotherapy and master in Nutrition and Metabolism.

How to use fennel in the kitchen

NUTRITIONAL VALUE AND RECIPES WITH FENN

Fennel in the diet

Fennel (Foeniculum vulgare) is a plant that has been consumed for many years as an aromatic spice. Its roots, leaves, flowers and fruits can also be consumed.

The plant grows on the edges of roads, meadows and fields. It is distinguished by its leaves with filiform leaflets and their yellow flowers, which grow in an umbel

It belongs to the umbelliferae family, like cumin, anise or celery. These plants have in common the shape of their typical flowers and the anethole present in their essential oil, which gives them an aniseed aroma.

Fennel is one of the most common aromatic herbs in European cuisine. The bulbs are also consumed as a vegetable.

Traditionally, umbelliferae plants such as fennel are mainly attributed with carminative and galactogogue properties. That is, its aniseed essence helps to eliminate gas from the intestine. It is used as a digestive plant and remedy against flatulence.

Galactogogue properties make reference to that, traditionally, the use of these plants has served to stimulate milk production during lactation.

What part of fennel is consumed? 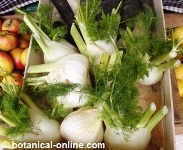 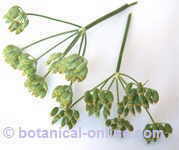 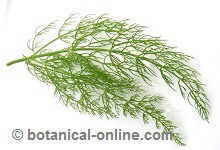 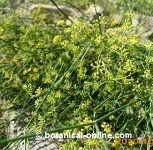 Precautions with the use of fennel 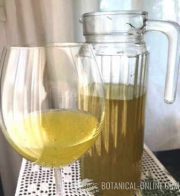 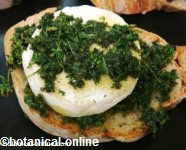 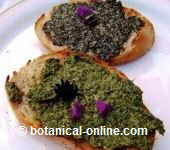 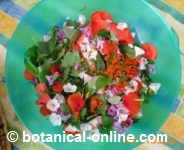 Salad with wild leaves and flowers 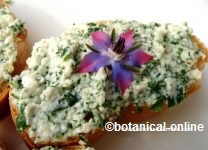 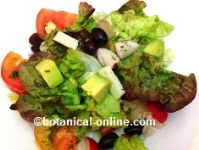 Salad with avocado and fennel 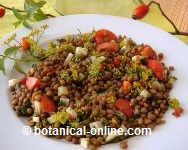 Lentils salad with fennel and rosehips 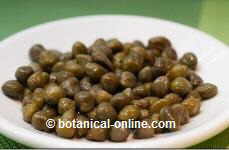 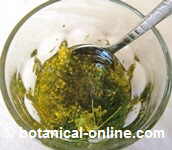 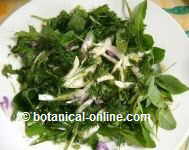 Side effects of fennel